Shorter Bankruptcies to Save the Economy? ARITA concedes that the Government’s proposed Insolvency Reform could leave the system open to rorting

Welcome to the Ideas Boom reads the tagline for the Commonwealth Government’s National Innovation & Science Agenda’s webpage. Under the heading Insolvency Law Reform the reasons behind the proposed changes to our personal and corporate insolvency legislation are explained (our emphasis):

More often than not, entrepreneurs will fail several times before they make it and will usually learn a lot in the process. To help these entrepreneurs to succeed will require a cultural shift. We need to encourage Australians to take a risk, leave behind the fear of failure and be more innovative and ambitious.

The Government’s proposed changes should reduce the fear of personal and corporate insolvency for directors and sole traders. It is proposed that the term of a bankruptcy be reduced from 3 years to 1 year and directors be allowed safe harbour from insolvent trading liability if they appoint a restructuring advisor (read on for recommendations from the Productivity Commission as to who will be qualified for that appointment).

But will the Government’s initiative create the desired cultural shift and change the stigma of bankruptcy, and at what cost to creditors? The Government’s proposal paper is expected later in the year. Until then we provide the following observations in relation to the Inquiry Report produced by the Productivity Commission (the Inquiry Report is being considered by the Government in deciding the extent of legislative reform) and note the response from ARITA to the foreshadowed reform.

In deciding the extent of the insolvency law reforms to be implemented in 2017, the Government will consider the recommendations of the Productivity Commission as published in the Inquiry Report on Business Set-Up, Transfer and Closure.

The Productivity Commission has recommended some conditions for the Government to consider when drafting legislation to amend the Corporations Act 2001 (Cth) to provide a ‘safe harbour’ defence to directors. As mentioned above, the director must appoint a restructuring advisor, but who will qualify for that appointment? The conditions proposed by the Productivity Commission include:

The Commission considered the following in the context of changes to the existing personal insolvency regime to shorten the period of bankruptcy:

The Commission also considered the extent and success of reform undertaken in the United Kingdom.

Guidance from the UK

In 2004 the United Kingdom amended the Insolvency Act 1986 (UK) to reduce the duration of bankruptcy from 3 years to 1 year.

The Commission noted that the research regarding the UK’s insolvency reform shows that the reform led to a reduction in discrimination against bankrupts, and to a small extent encouraged business set up. As a result, some of the goals of the UK insolvency reform were achieved.

Some of the goals of the UK reform however were not achieved. There still remained a ‘fear of failure’ and bankrupts continued to be hindered in their ability to recommence trading (for reasons including their restricted access to financial markets and business’s attitude towards bankrupts). It should be noted that cultural shifts in business’s attitude towards bankrupts was not expected to change over night. Cultural changes are long term goals of the insolvency reform undertaken in the UK and to be implemented here in Australia.

For purposes of considering the lasting effects of bankruptcy on a debtor’s ability to re-establish themselves in business, it is interesting to consider the differences between the practice in the UK and Australia for publishing bankruptcies on the public record.

In the UK, bankruptcies are published on the Individual Insolvency Register during the term of bankruptcy and then removed 3 months after discharge. This is a stark contrast to the situation in Australia where bankruptcies are published on the National Personal Insolvency Index, and remain forever on that index after the bankrupt is discharged. Perhaps the difference in the stigma surrounding bankruptcy in the UK and in Australia is at least partially due to the different approaches to maintaining a public register of discharged bankrupts.

After considering this international perspective, and balancing the protections for creditors against the benefits to bankrupts (and the economy), the Commission concluded that a reduction in the term of a bankruptcy appears justified.

Extension of a default 1 year term of Bankruptcy

The Commission nonetheless recommended that we retain the power for trustees to extend a bankruptcy in certain circumstances (again guided by the UK).

Under the current regime, a trustee is able to object to the discharge of a bankrupt at the end of the normal 3 years if the bankrupt has engaged in misconduct of the type set out at section 149D of the Bankruptcy Act 1966 (Cth).

As a result, it is possible that the Government’s insolvency reforms may, if in alignment with the position in the UK, have the significant effect of reducing the power of a trustee to extend a bankruptcy, by requiring the decision to be made by the Court.

We look forward to reporting to you again when the Government publishes its proposal paper later in the year and otherwise conclude with the comment provided by John Winter of ARITA to Fairfax Media (extract from the Sydney Morning Herald):

When asked whether the reforms would make it easier for fraudsters and corporate crooks to be back in business, Mr Winter said: “Look, yes it could, but people do need to be aware of who they are dealing with.”

“There’s some famous people who have cycled in and out of bankruptcy over their lives. There’s a whole bunch of other people who are out there trying to build a business and it didn’t quite work and yet they get very heavily penalised and they can’t restart,” he said.

Mr Winter said the law changes were aimed at trying to help the “good guys” in the system get back on their feet. But he conceded the reforms announced today without further legislative changes could leave the system open to rorting. “Addressing people who are trying to rort the system is another set of regime change,” Mr Winter said. 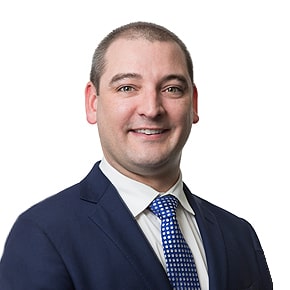 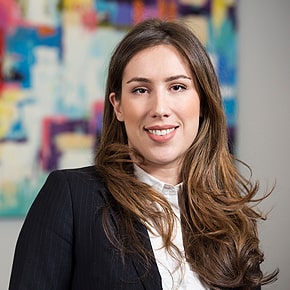